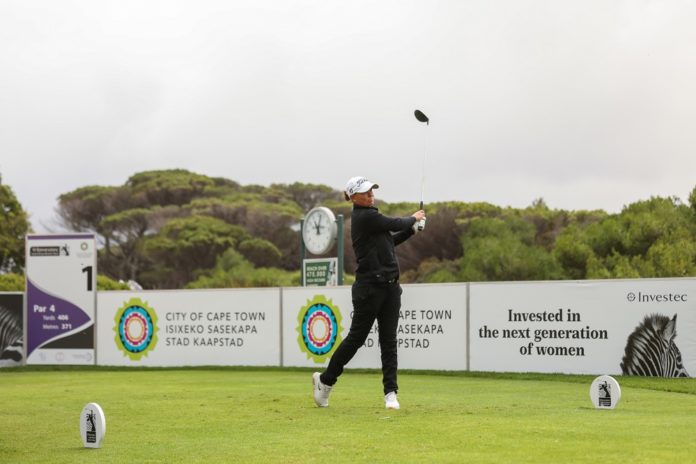 With Lee-Anne Pace of South Africa and Pia Babnik of Slovenia locked together at the top of the Investec South African Women’s Open Championship, play was called off for the day on Saturday at Westlake Golf Club as wind and rain made further play in the third round impossible.

The pair shared the lead on two-over-par as the wind had already caused one suspension in play, and, when it was added to heavy rain, the course became too waterlogged to continue. Play in the third round will continue at 8am on Sunday, and the fourth round will also get underway then, as nearly half the field has completed the third round already. With the forecast set fair – sun and very little wind – the tournament should be concluded on time.

For Pace, who is pursuing her fourth national open title, getting through the eight holes she had played relatively unscathed at one-over-par was a good thing. “I’m glad I hung in there, because it’s quite tight at the top,” she said. “It’s one thing playing in wind, but the playing in wind and rain is a different monster.

“I nearly blew away on six, and on seven, it was just a disaster. I think they’ve made a good call. Tomorrow should be an exciting day.”

Pace had made two bogeys and a birdie in the eight holes she had played, while Babnik was one-under through nine with a birdie on the seventh. The par was on two-over for the tournament, one ahead of Nicole Garcia who was on three-over through eight, playing together with Pace. Agathe Sauzon of France and Leonie Harm of Germany make up the top five ahead of the resumption.