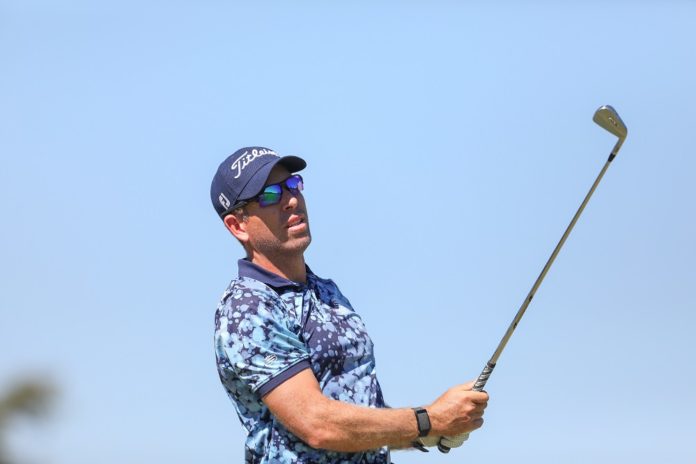 Oliver Bekker closed with a four-under-par 68 on Sunday in the Challenge Tour’s D+D REAL Czech Challenge at Golf & Spa Kunětická Hora in Dříteč, Czech Republic to finish the tournament in 11th place.

His bogey-free final round was his first of the week, and gave him a 72-hole total of 13-under-par 275. That left him just four shots out of the three-way play-off, which was won by Spain’s Santiago Tarrio on the fourth extra hole, leaving France’s Julien Brun and Kristian Krogh Johannessen in a share of second.

Bekker felt that his game was rounding in to shape as he went through the week as he looks for a couple more good weeks on the Challenge Tour in pursuit of access to the European Tour. “I feel pretty good,” he said. “The game is almost there. If the putts drop, I’ll be in the mix for sure. I’m hitting my irons pretty close so I have lots of chances.”

He slipped one position to sixth on the Challenge Tour rankings for the Road to Mallorca, but he’s still in good shape as the tour approaches this week’s eighth event of the 24-event season ahead of the grand final in Mallorca on November 4. After the final, the top 20 players on the rankings will gain their European Tour cards. Wilco Nienaber currently tops that list.

Behind Bekker, Jacques Blaauw was unable to get one of his trademark final-round blitzes going, with three birdies and two bogeys restricting him to one-under for the round. That put him at 11-under for the tournament in a share of 18th. He slipped two positions to 15th on the Road to Mallorca.

The other South African who made the cut was Mathiam Keyser, who closed with a three-over 75 to finish 59th.