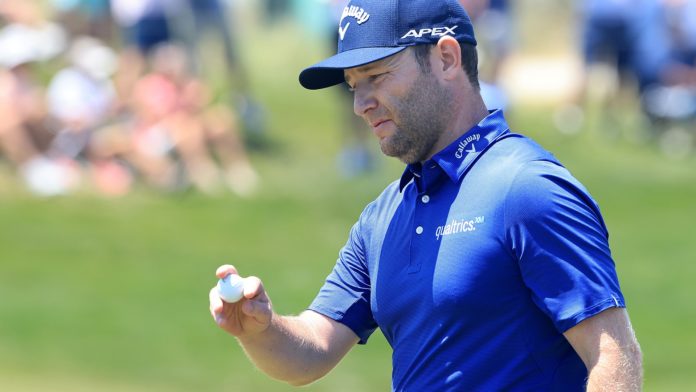 Branden Grace could hardly have imagined he’d be three shots off the lead on Saturday after he carded a five-under-par 67 in the third round of the PGA Tour’s Memorial Tournament at Muirfield Village in Dublin, Ohio.

As good as that was, Jon Rahm’s eight-under-par 64 had taken him out to 18-under-par through 54 holes and a six-stroke lead over Collin Morikawa and Patrick Cantlay, with grace a further three shots back on nine-under in a share of third with Scottie Scheffler. Max Homa was three shots behind Grace in fifth on six-under.

But Rahm’s enforced withdrawal after being tested positive for COVID-19 opened the door for his pursuers, even if none of them would have wanted things to pan out in the way they did.

For Grace, Sunday’s round becomes a question of putting Rahm’s misfortune out of his mind, and concentrating on reproducing the kind of play he has all week at Muirfield Village – especially the play he came up with in the third round.

He made six birdies on his way to his 67 for the second-best round of the day (excluding Rahm’s) behind Morikawa’s 66, dropping just one shot when he failed to get up-and-down on the ninth when he was wayward with his tee shot, had to hack out for his second, and missed his 19-footer for par.

Other than that, his putting was impressive as he made 1.538 putts per green in regulation, and he hit 13 of 18 of the greens in regulation. He also unfurled his longest drive of the week with a 344-yard effort, and he hit nine of 14 of the fairways. So, with a little more accuracy, he could be deadly in the final round.

Louis Oosthuizen was next best of the South Africans as he carded a level-par 72 to stay at one-under for the tournament in a share of 22nd. Charl Schwartzel battled to a three-over 75 and is in 37th on one-over, while Christiaan Bezuidenhout fought his way from a triple bogey on the 11th (he started on the 10th) and a double bogey on the 16th to card a level-par 72. At two-over for the tournament, he’s in a share of 45th.