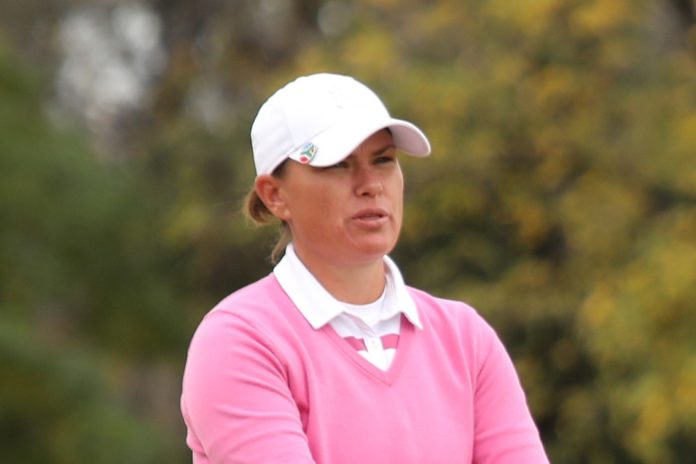 Lee-Anne Pace fought the effects of two double bogeys on Saturday in the third round of the US Women’s Open on the tough Lake Course at the Olympic Club in San Francisco as she carded a six-over-par 77 to slip to a share of 58th.

At 11-over-par for the tournament, and the lead in the hands of Lexi Thompson at seven-under-par, Pace’s race is run, and she will be hoping for a good final round to finish off a championship where her best finish has been 43rd.

Pace managed just one birdie in her round, after making bogeys on four, seven and 14, and doubles on five and 12. The birdie came on the par-three 15th, in a round in which she hit just eight of 14 fairways, 11 of 18 greens in regulation, and saved par from bunkers just once from four attempts.

Thompson, on the other hand, played a nearly flawless round in search of her first US Women’s Open title in her 15th try after first competing as a 12-year-old amateur in 2007. She made three birdies on the front nine and two more on the back nine to overcome a four-shot deficit to teenager Yuka Saso of the Philippines.

Thompson was the first player all week to make par or better on every hole in the round.

In other international action, Zander Lombard was the best South African after the first round of the Porsche European Open on the European Tour. In a tournament cut short to 54 holes because of difficulties for the players to get into Germany because of COVID-19 travel restrictions, the lead was held by Belgium’s Thomas Detry at four-under.