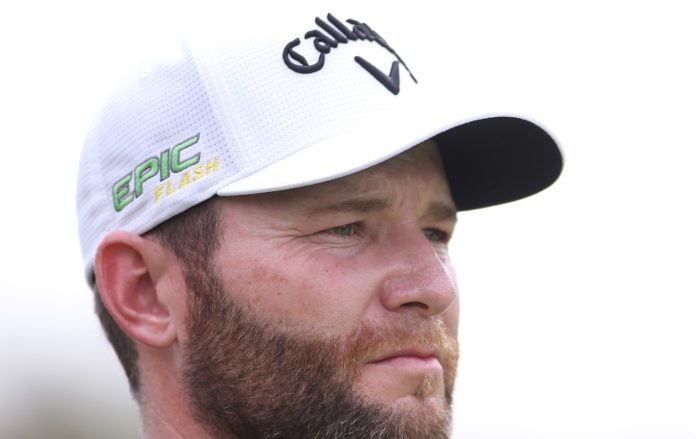 Branden Grace was left ruing three early back-nine bogeys on Sunday in the final round of the Memorial Tournament on the PGA Tour as his closing one-under-par 71 left him in fourth place at Muirfield Village in Dublin, Ohio.

Those bogeys saw him finish on 11-under-par for the week, two shots out of the play-off between Patrick Cantlay and Collin Morikawa. That was won by Cantlay on the first extra hole. Scottie Scheffler was third on 12-under, and Grace was two clear of Patrick Reed who finished fifth.

Grace started his round with a bogey on the first, but he regained that shot with a delicate little chip-in birdie on the third. He made a 23-footer for birdie on the ninth, but then his troubles started. He pushed his tee-shot right on the 10th, and was only able to hack it out. His third didn’t reach the green, and he chipped to a foot for his bogey. On the par-three 12th, he ended up in the rear greenside bunker off the tee, and hit it out into the right rough, 30 feet from the hole. He got it up and down from there for bogey. On 13, his approach ended up in a greenside bunker on the left, and, again, he was unable to get up and down for par there.

But he pulled things back well with birdies on 15, 16 and 18, the last coming from a 40-footer in the rain on the final hole.

Louis Oosthuizen finished with a level-par 72 to climb five places into a share of 18th on one-under for the week, while Christiaan Bezuidenhout’s closing 72 put him 37th. Charl Schwartzel struggled to a five-over 77 to finish in a share of 53rd.

Elsewhere, on the Korn Ferry Tour, Dawie van der Walt closed with a 66 in the Rex Hospital Open for a share of 23rd behind winner Mito Pereira. Tyrone van Aswegen was 49th.

On the PGA Tour Champions circuit, Retief Goosen finished off things with a three-under 69 in the third round to end up six-under for the tournament, six shots behind winner Stephen Ames of Canada. Ernie Els was on three-under in 28th, while David Frost in 60th was on two-over.