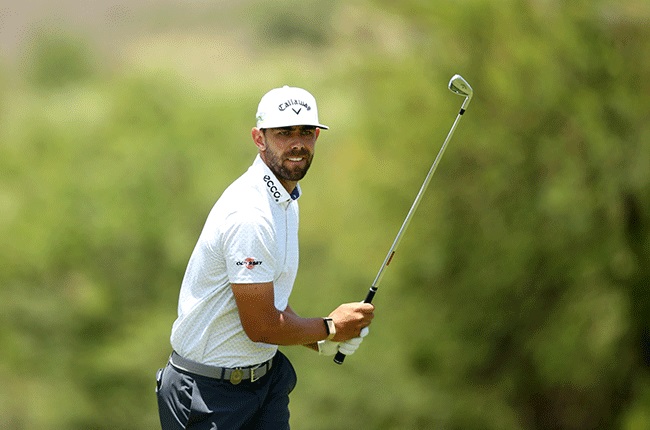 After his tee-slamming meltdown in the full glare of television coverage, Erik van Rooyen took some time off and it paid real dividends on Thursday as he carded a six-under-par 65 in the opening round of the PGA Tour’s Palmetto Championship at Congaree Golf Club, Ridgeland, South Carolina.

He made seven birdies and one bogey to join Dustin Johnson, Doc Redman and Chesson Hadley one shot behind the seven-under posted by Wesley Roach, and he credited at least some of that good form to the time he took after the PGA Championship where he was caught on television shredding a tee-marker on the 17th after a poor shot.

“The first week I did nothing. Tried to switch off social media because it was pretty hectic and probably deservedly so,” he said. “I took some time off to reflect and think about, not only what I did, but also just how I want to be a better golfer. I was at home for a week and then went up to Minnesota to visit the in-laws and I just, I played golf every single day and just put a lot of reps in. And before you know it you start putting well, you start hitting it well and things kind of come together.”

He started his round on the 10th, and he made four birdies ahead of the turn on 12, 13, 15 and 16. He picked up three more on two, three and five, and then he made bogey on the par-four sixth after he pushed his tee-shot into the right rough, hit it out to a waste bunker 30 yards from the hole, and was unable to get up and down from there.

He suggested that his meltdown was probably the point of reflection he needed to turn his game around. “I’m really not prone to doing stuff like that, it’s not the way I was taught by my parents,” he said. “Breaking clubs or simply slamming clubs was really frowned upon, at least where I’m from. And then to go and do something like that was quite out of character for me. I was embarrassed.

“And for me it was really sort of a cherry on the cake with regards to the levels of frustration I went through. And that’s not an excuse I’m trying to make, but when you get to that kind of point it kind of wakes you up and it kind of shakes you a little bit. So, again, I shouldn’t have done it, but in hindsight maybe that’s kind of the switch I needed.”