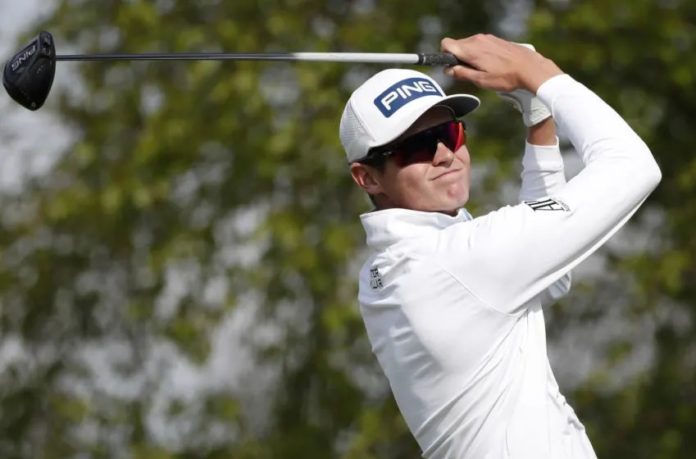 He took something less than driver just once on the par-fours and par-fives on Thursday, and Wilco Nienaber caught the attention of the golfing world as he averaged 357.2 yards off the tees in the first round of the PGA Tour’s Palmetto Championship.

He carded a three-under-par 68 in his American professional debut to find himself four shots off the lead held by Wes Roach of the United States. He joined another South African golfing hotshot in a share of 19th as Garrick Higgo also opened up with a three-under.

He started the day with a 335-yard effort on the first hole, and finished up with a gentle 234 yards with an iron off the 18th, but it was the consistent distance for the rest of the round – barring the four par-three – that had the PGA Tour’s social media accounts gaping in amazement.

By way of comparison, world number one Dustin Johnson, who carded a six-under 65 in the opening round for a share of second, averaged 348.6 yards off the tee, and he is certainly one of the longest hitters in golf. His biggest drive of the day was 371 yards.

Recently, the big-hitting Bryson DeChambeau caught the eye when the PGA Tour’s social media accounts posted a video of what was trumpeted as a ‘428-yard drive.’ The video showed DeChambeau’s ball bound downhill along a paved cart path, which certainly gave him material assistance in reaching that distance. Nienaber’s longest drive in a tournament was a staggering 439 yards – and it was on a downhill par-five at Randpark Golf Club which ended up in the first cut of the rough.

Nienaber continues his participation in the Palmetto Championship on Friday as he prepares for next week’s US Open where he is one of nine South Africans in the field, and his driving will continue to impress the American fans.