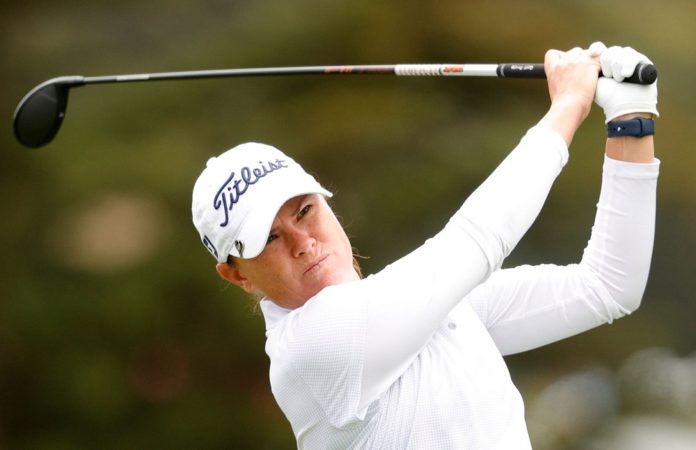 With four holes to play on Friday in the second round of the European Tour’s and Ladies European Tour’s Scandinavian Mixed hosted by Henrik and Annika, Lee-Anne Pace was on level-par and was set to miss the cut in the historic tournament.

Then the South African Women’s Open champion turned it all on, and made four successive birdies to close out her round, and to become one of 24 women to make the cut out of 71 players from the original 156-player field to do so.

The tournament is led at the halfway stage by Swede Caroline Hedwall, who had the round of the day with her eight-under-par 65. After bogeying the second hole, the 32-year-old Hedwall made five birdies and two eagles as she blazed her way to the top of the leaderboard. At 13-under, she has a one-stroke lead over Joost Luiten of the Netherlands, with Stephen Brown of England and South Africa’s Darren Fichardt in a share of third another shot back on 11-under.

For Pace, the round had been a frustrating affair up to the 14th. She had made two bogeys and two birdies on the opening nine, and a birdie on 10 and a bogey on 14. The long trip back from the US Open was looking particularly futile at that point.

The 40-year-old birdied the par-three 15th, and, on the par-five 16th, where she had made eagle the day before, she made birdie. And, suddenly, at two-under for the tournament and with the cut looking likely to be at three-under, she had hope. Birdies at the closing par-fours on 17 and 18 sealed the deal, and, although she is nine shots off the lead, she has the weekend ahead of her to fight for a higher finishing position.

After his great opening nine in the first round, Fichardt started with a bogey on the first in his second. But that was the sum total of his concessions to par for the day, as he eagled the fourth to turn in one-under, and, as he did in the first round, he owned the back nine. Four birdies saw him close with a five-under 67 to go with his opening 66.

Nicole Garcia missed the cut by one after a second-round 69, and Justin Walters also missed out on the weekend after a three-over 75 in the second round. Stacy Lee Bregman and Lejan Lewthwaite also missed the cut.