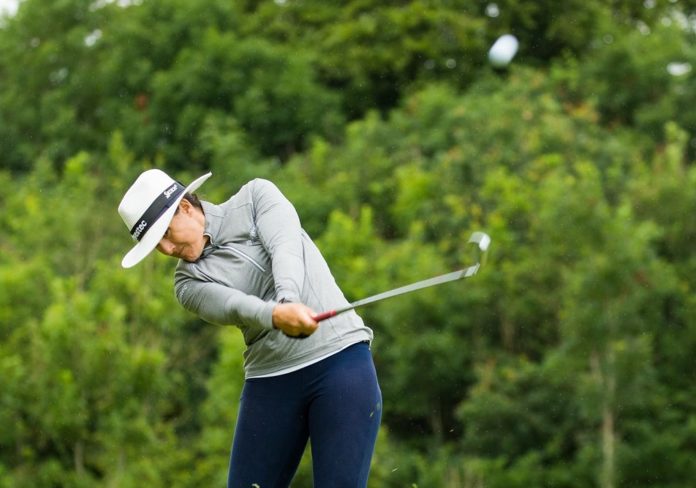 Nicole Garcia finished inside the top 10 on Saturday in the Ladies European Tour’s VP Bank Swiss Ladies Open with a closing one-under-par 71 putting her in a share of seventh place on 11-under-par.

It was a frustrating final five holes for Garcia after she played beautifully up until the 13th, at which point she was four-under-par for her round, and one off the lead. But a triple-bogey seven on the 14th rocked her back on her heels. To her credit, she bounced back with a birdie on the par-five 16th. But she was unable to birdie the 17th – also a par-five – and she dropped another shot at the last.

However, she will be happy to have played herself into contention in a tournament and she’ll be confident for her next tournament in the knowledge that she did so.

She finished five strokes off the winner, Atthaya Thitikul of Thailand, who closed with a six-under 66 to edge Norway’s Marianne Skarpnord by one shot. Swiss amateur Elena Moosmann was in third after a closing four-under 68, together with her professional countrywoman Kim Metraux who had a level-par 72.

Casandra Hall got inside the top 20 with her final round of two-under-par 70. That gave her a six-under-par total for the tournament and a share of 20th. Stacy Bregman had a closing one-under 71 to finish on level-par in a share of 47th.