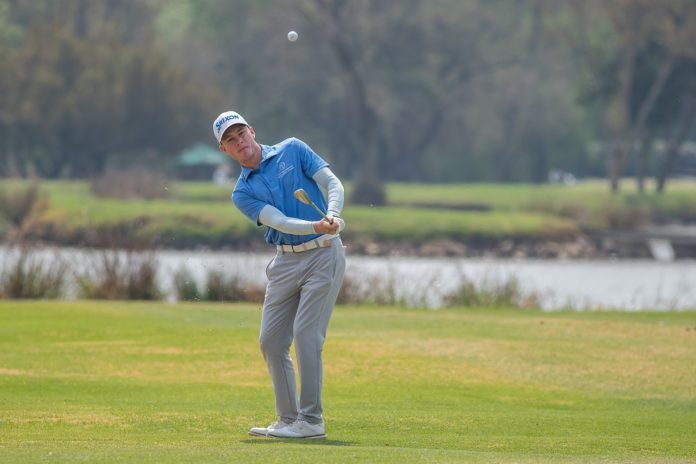 He’s had a tournament to adjust to the way things work on the Sunshine Tour, and new professional Ryan van Velzen is feeling more confident about his second start in this week’s Vodacom Origins of Golf event at Mount Edgecombe which tees off on Thursday.

Van Velzen, who was one of South Africa’s top amateurs, turned professional in April and started with a victory in his first tournament as a pro on the Bushveld Tour, but he missed the cut in his first Sunshine Tour event after rounds of 70 and 73 in the Sunshine Tour Invitational at Centurion Golf Club last week.

“It was quite a learning curve,” admitted the Benoni Country Club player. “As amateurs, we didn’t really see pins tucked in places like they were at Centurion, and that made scoring more difficult than I was used to.”

Van Velzen last won on the Big Easy IGT Challenge Tour in March at Pollak Park, and he has had six top-10s since he turned professional. “There’s a different level of intensity about things on the Sunshine Tour,” he said. “I’ve got one tournament behind me now, and I am a little more confident about what I will face out there.”

While he doesn’t have enough rounds under his belt yet on the Sunshine Tour to read too much into the statistics, he will know that he is good on the par-fives and the par-threes, but has work to do on the meat and drink of any golf course, the par-fours. He’s averaging two-over for those after his first tournament, and that needs to change.

“I didn’t hit the ball particularly well at Centurion last week,” he said, “and my short game and my putter saved me. This week, the greens at Mount Edgecombe are typical coastal greens and are quite grainy, but they seemed to be running quite true after my practice round there today.”

A good finish will set Van Velzen well on his path to become a successful professional, but he finds himself up against some players who have recently scaled the heights of victory on the Sunshine Tour. They include Alex Haindl, Jaco Prinsloo and Estiaan Conradie. There will also be some real veterans of the tour who can come good at any time, including Jean Hugo, Jaco van Zyl and Hennie Otto, all of whom have shown recent signs of form.

Van Velzen is the latest young amateur to try his hand in the professional ranks, and he could follow in the successful footsteps of the likes of Garrick Higgo, Wilco Nienaber and Jayden Schaper. It all depends on how quickly he adapts.